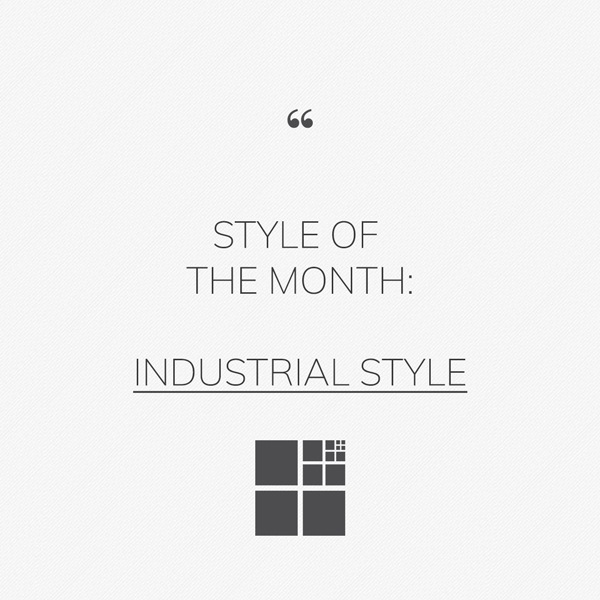 Industrial style: from the raw soul to the professional mark

The industrial style has increasingly characterized the interiors of recent years, becoming the emblem of an authentic and essential lifestyle. From its traditional rustic meaning, it then meets the refined and contemporary variant, influenced by luxury finishes and lines.

Especially in the reality of custom-made kitchens, the raw and traditional mark has given way to modern conformations, inspired by professional cooking solutions. Functionality and efficiency become the keywords for an essential and modern style. 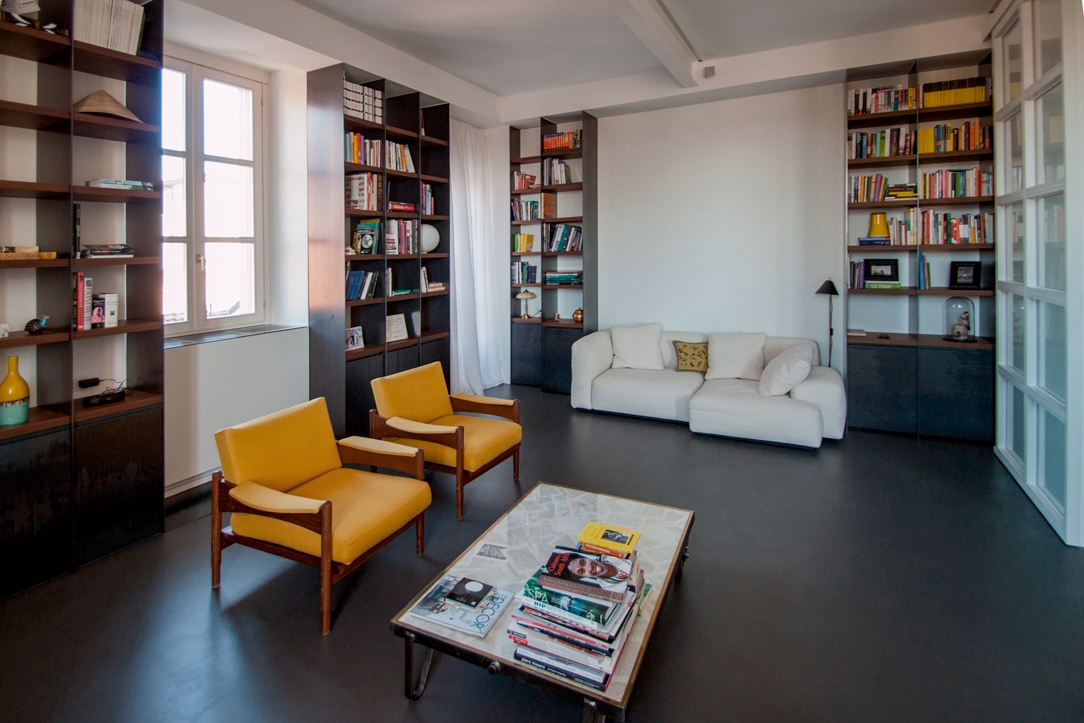 The industrial style in its historical evolution

To trace the origins of the Industrial Style we have to move overseas, more precisely to New York. We are in the postwar years, when in the 1950s, the demand for low-cost housing flowed into the reuse of abandoned spaces. The strong stylistic imprint linked to these environments, gives rise to a real fascination for industrial archeology.

The iconographic references of the time, contextualized in the world of art and cinematography, accentuate this stylistic movement, increasingly introducing the perception of the architectural wreck as a scenario of everyday life.
An example of all, is Andy Warhol’s Factory, a studio for his works during the boom years of Pop Art.

From the American metropolises, the new style was then moved to small local realities and landed in Europe during the 1980s.
Trends from the new continent are enthusiastically welcomed by the great revolutionary cities of London and Berlin.
It is no coincidence that London was the protagonist of the Great Industrial Revolution, from which setting, the industrial style drew on the development of new domestic scenarios.

The subsequent spread to the remaining countries of Europe and World coincided with the simultaneous need to reduce land use. 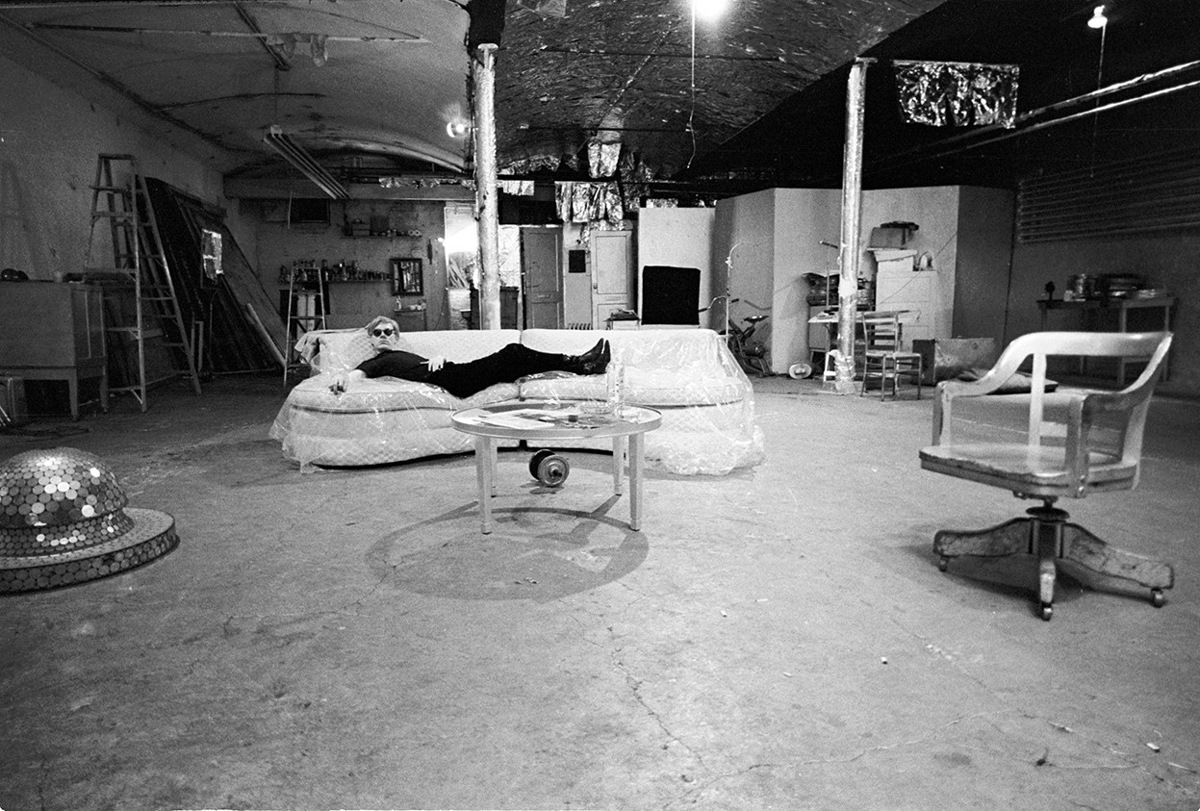 Andy Warhol in his factory, a film icon in the successful years of Pop Art 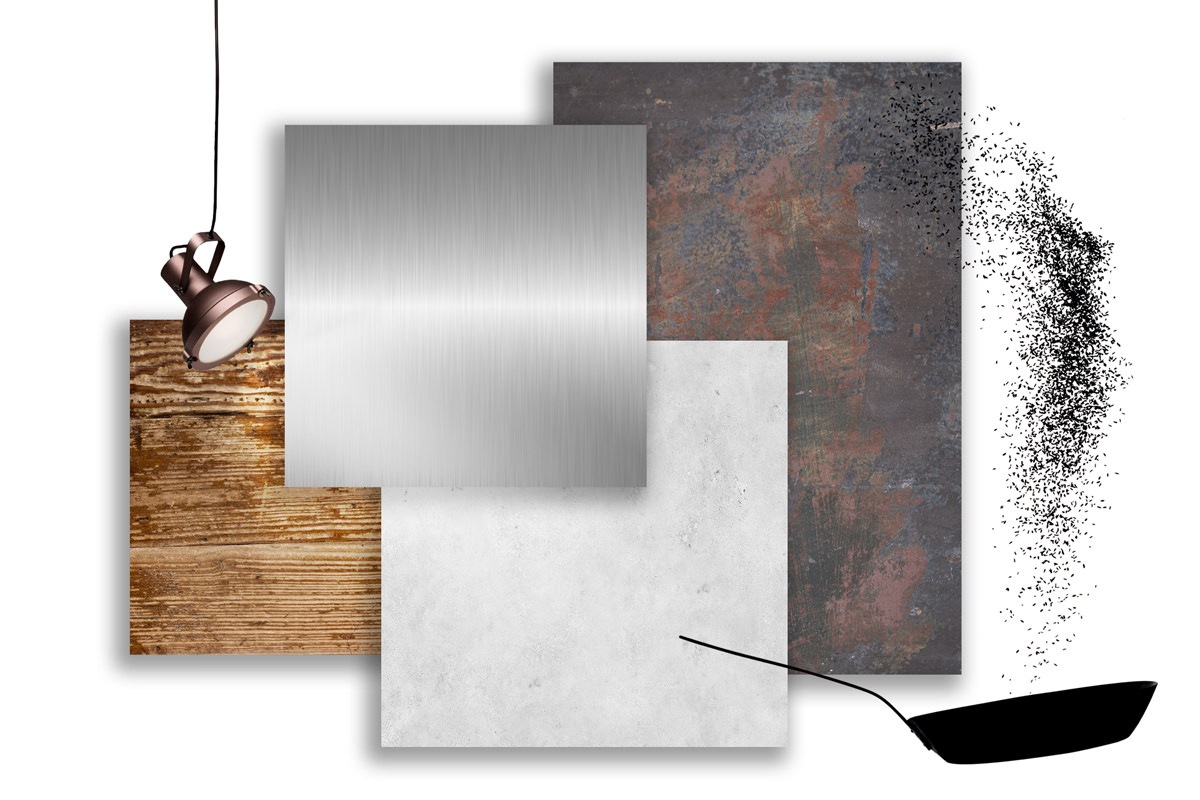 Metals are the protagonists of the industrial style, matched with raw woods, concrete and industrial resins

The charm of the industrial style in its architectural concept

The industrial world as a reference point for the domestic reality was well assimilated by the culture of the time also due to its revolutionary breath.
The industry has in fact marked a breaking point with the traditional, especially for the social changes that the revolution of the late 19th century has introduced.

The industrial style enhances the “architectural wreck”, bringing a romantic vision of the passage of time on buildings.
The reuse of industrial spaces thus favors functional architectures, transforming the structural elements into focal points of interest.
Pipes, concrete pillars, large windows with metal frames, exposed bricks and peeling walls are elements to be carefully preserved. 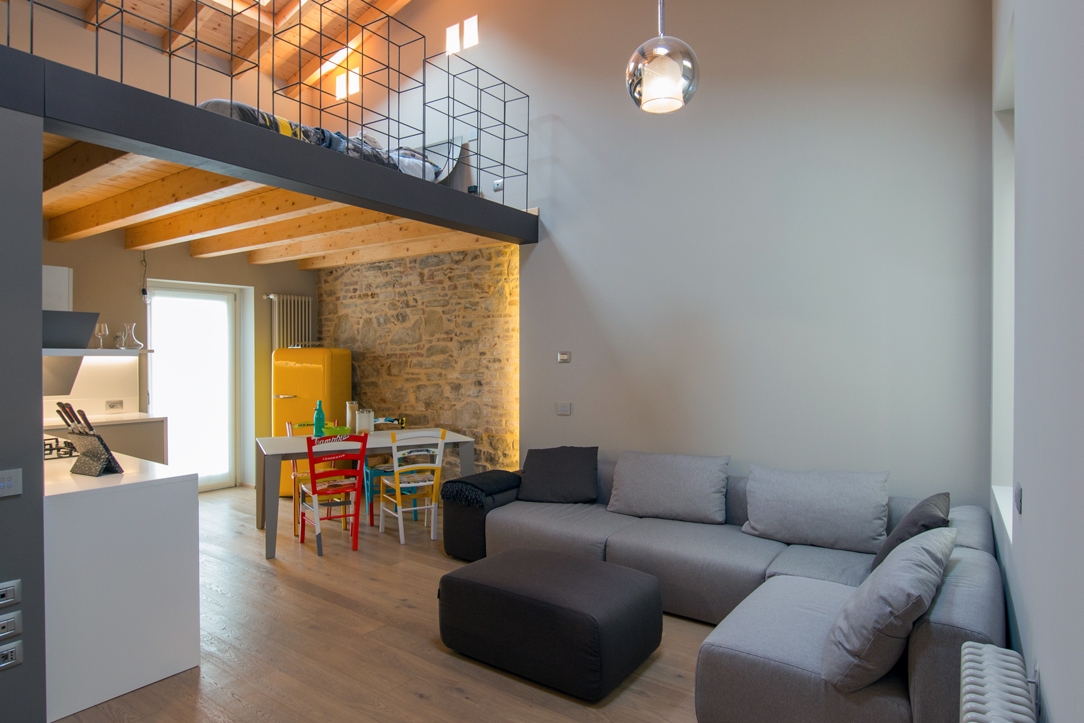 In this attic, the exposed beams and traditional walls represent the stylistic signature of the interior 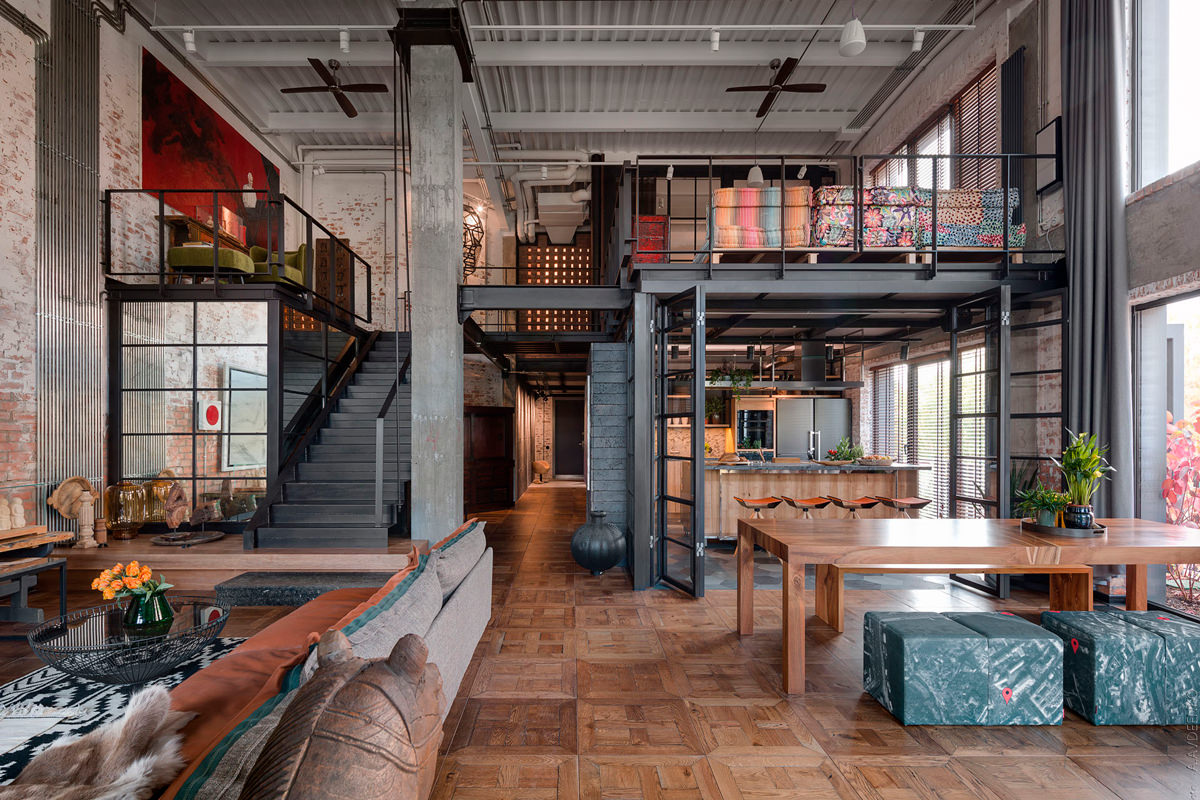 Between exposed systems, materials and floors ..

From the point of view of spatial organization, the open space and large ceilings certainly play a fundamental role: free-plan spaces characterized by the lack of vertical partitions, even better if set up to take advantage of the large heights.

The myth of the Loft is born, in which the functional organization of domestic interiors revolves around the exploitation of double heights.

By keeping the skeleton of the infrastructure on view, the system design components become synonymous of authenticity and strongly characterize the space.
The floors are mostly rough, with concrete or industrial resins, while the lighting takes place from the large windows. These maintain their industrial setting with a metal frame and vertical partitions, absolutely abolishing curtains or sunshades. Artificial lighting takes place through rough-looking exposed fixtures, certainly made of metal and in most cases through visible suspension structures such as rails or tie rods. 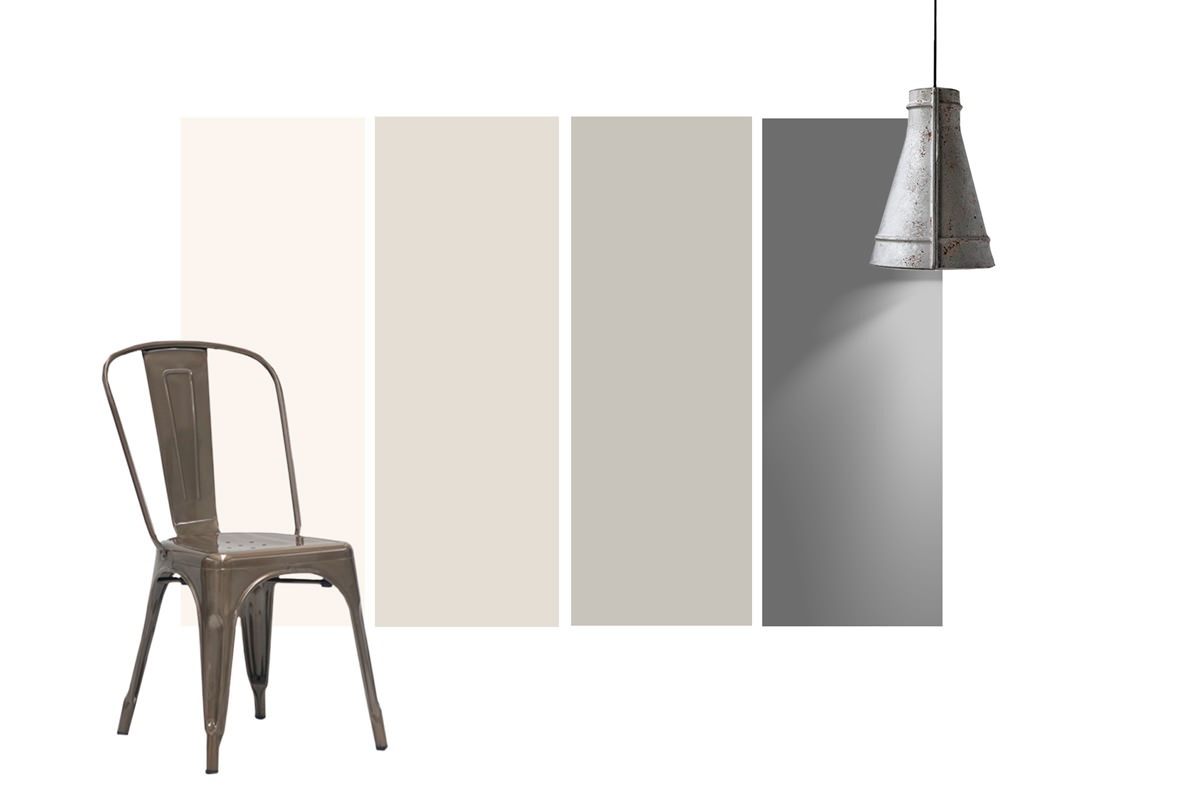 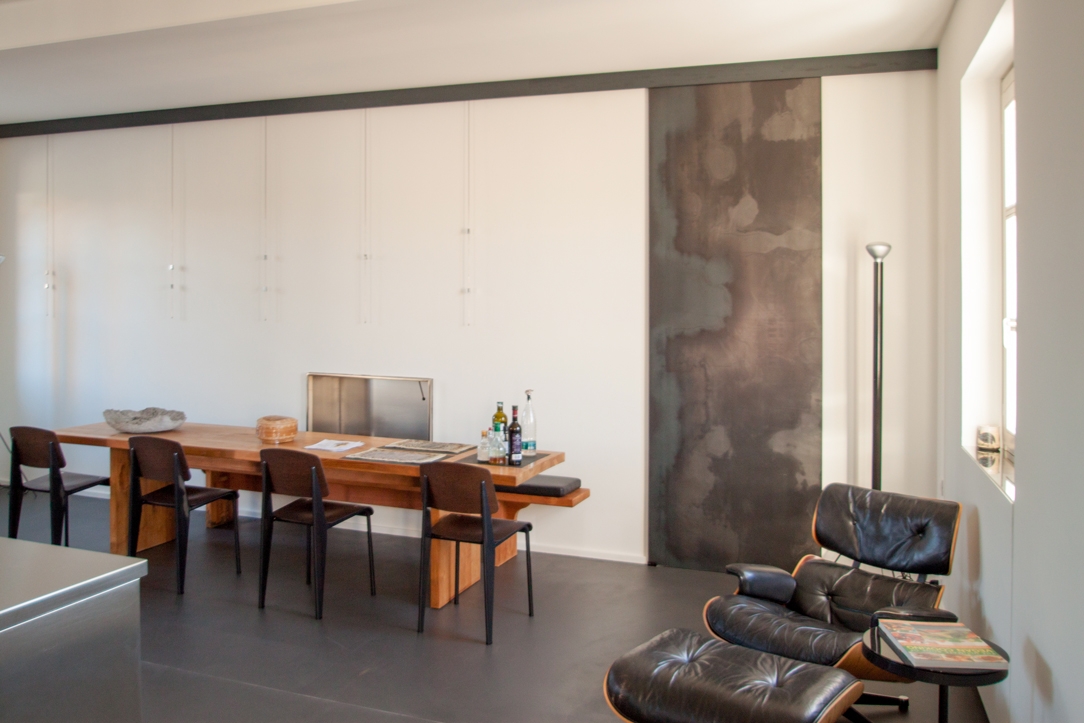 The large wooden table gives warmth to this kitchen

On the one hand, taking back its natural spirit, it marries the vintage interest by adorning the space with antiques and a strong traditional imprint.
With this in mind, wrought iron wall clock appears while metal chairs different from each other are combined with the inevitable solid wood table.
Even better if it is reused from an old workshop so that it keeps traces and signs of use on its surface. 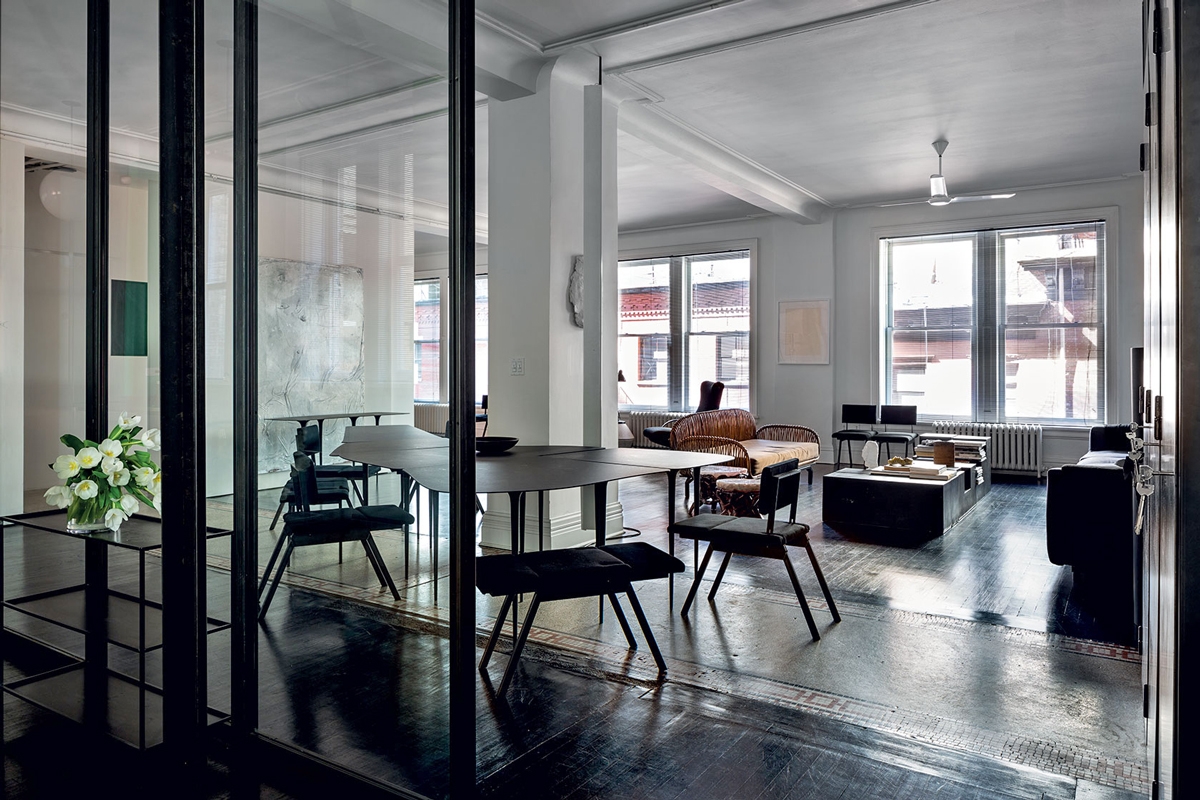 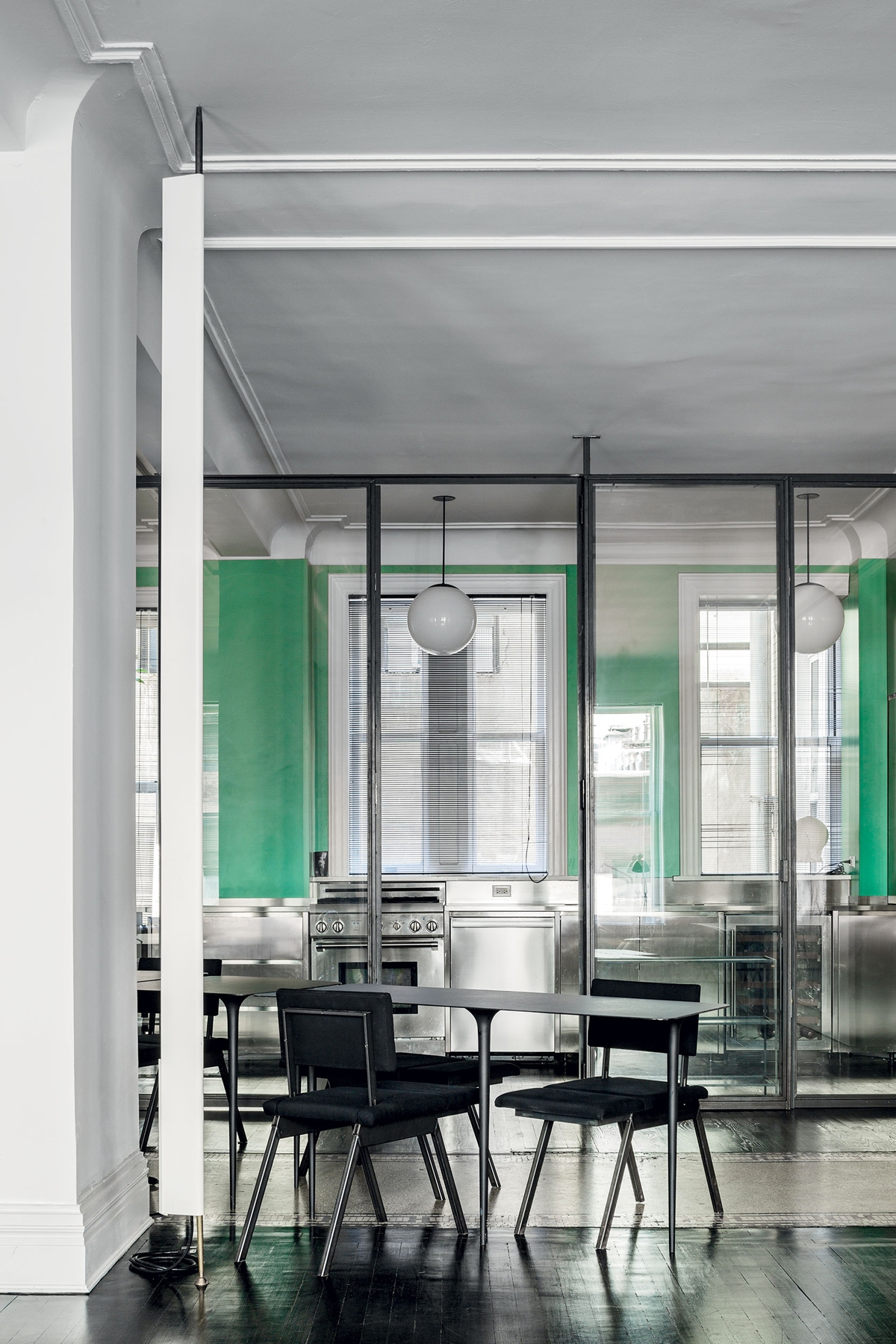 A kitchen entirely covered in steel for this New York loft

Professional kitchens as a source of inspiration

On the other hand, the inspiration of increasingly functional and equipped industrial kitchens forcefully enters the common imagination. Just think of the quantity of television programs that every day offer us steel worktops with an island structure and industrial hoods with a strong stylistic imprint.

However, even the contemporary industrialist does not renounce a warm and welcoming interior. So, the wooden dining table or the leather design armchair characterize the space, giving warmth and elegance. 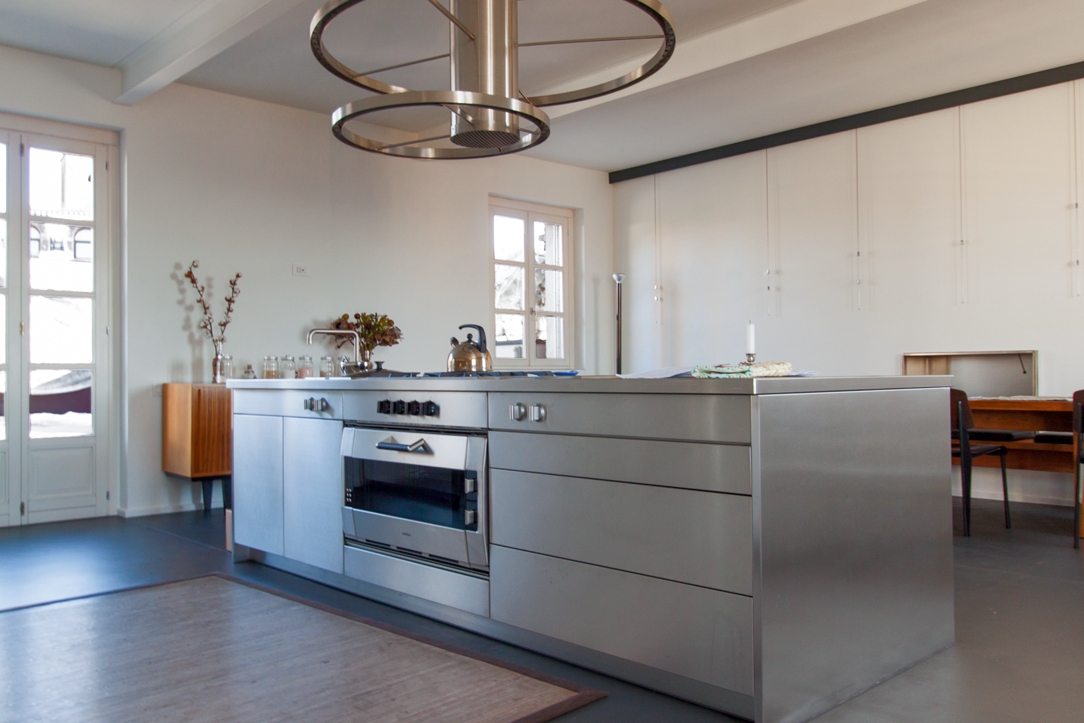 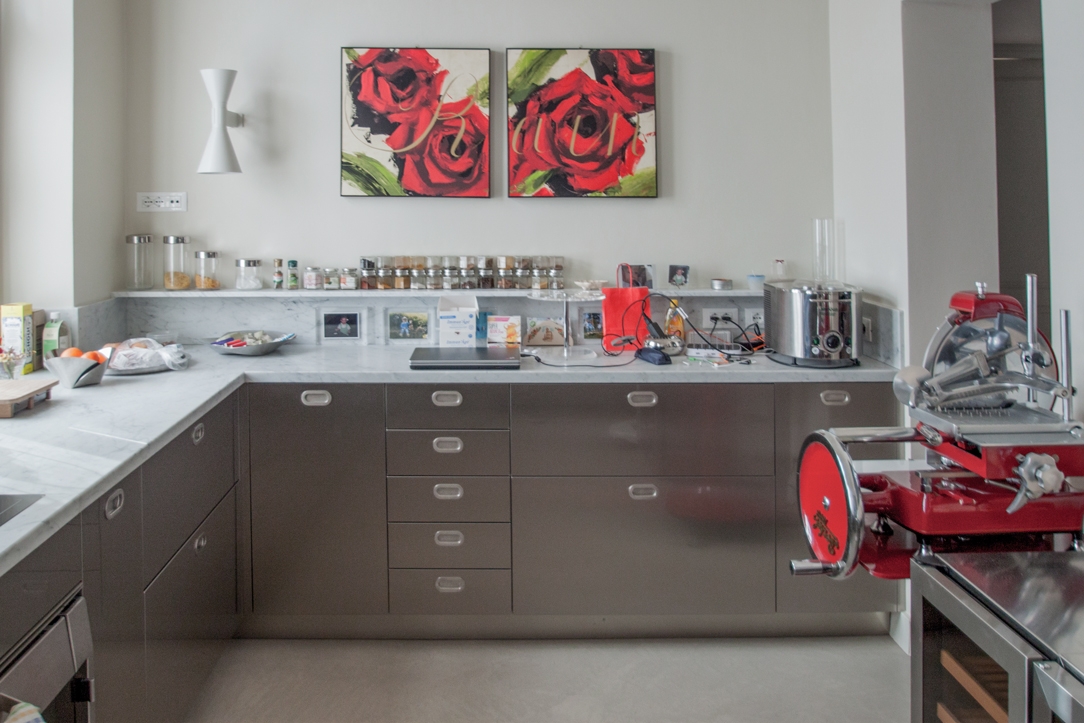 A kitchen between industrial and luxury style, enriched by the marble top and shaped profiles of the handles 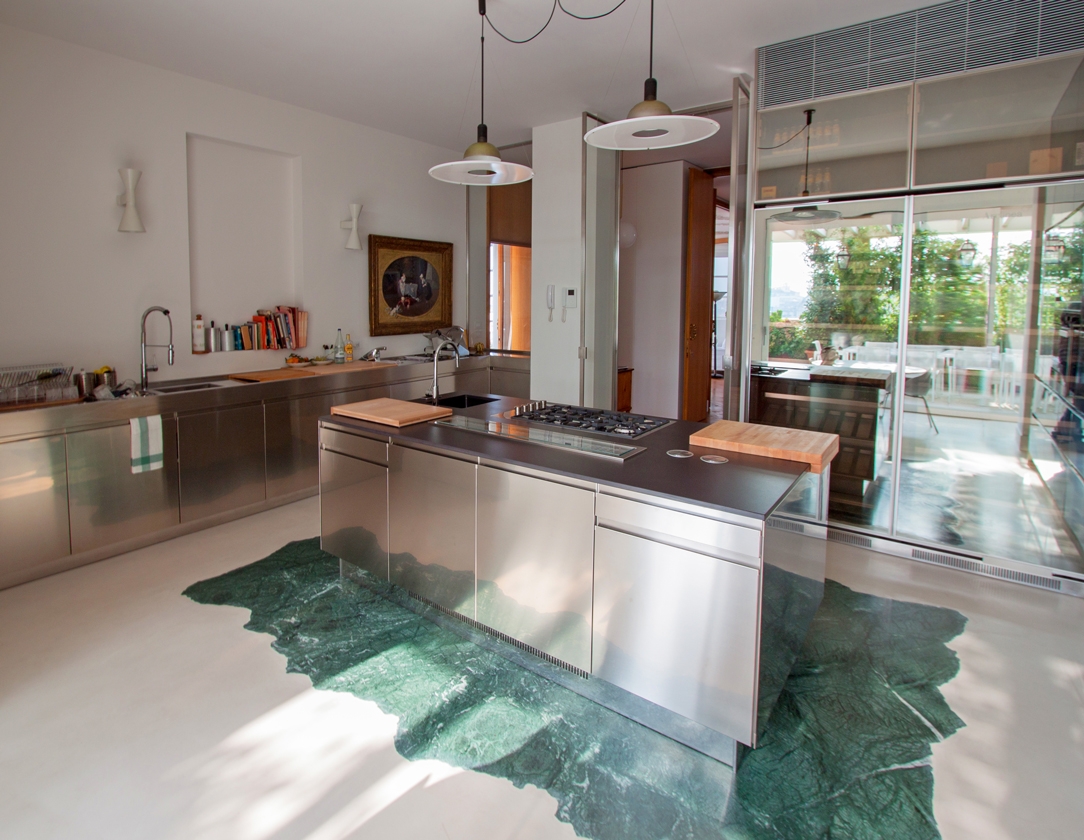 The island structure is the most common type for industrial kitchens

Functional and extremely practical, the Industrial Style is aimed at decisive personalities who are always on the move. Its simple lines matched with highly resistant materials make it practical and eternal, without giving up a touch of traditional warmth.