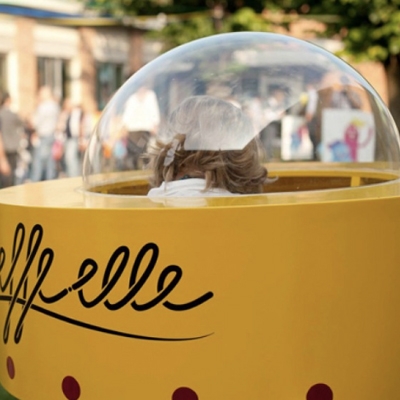 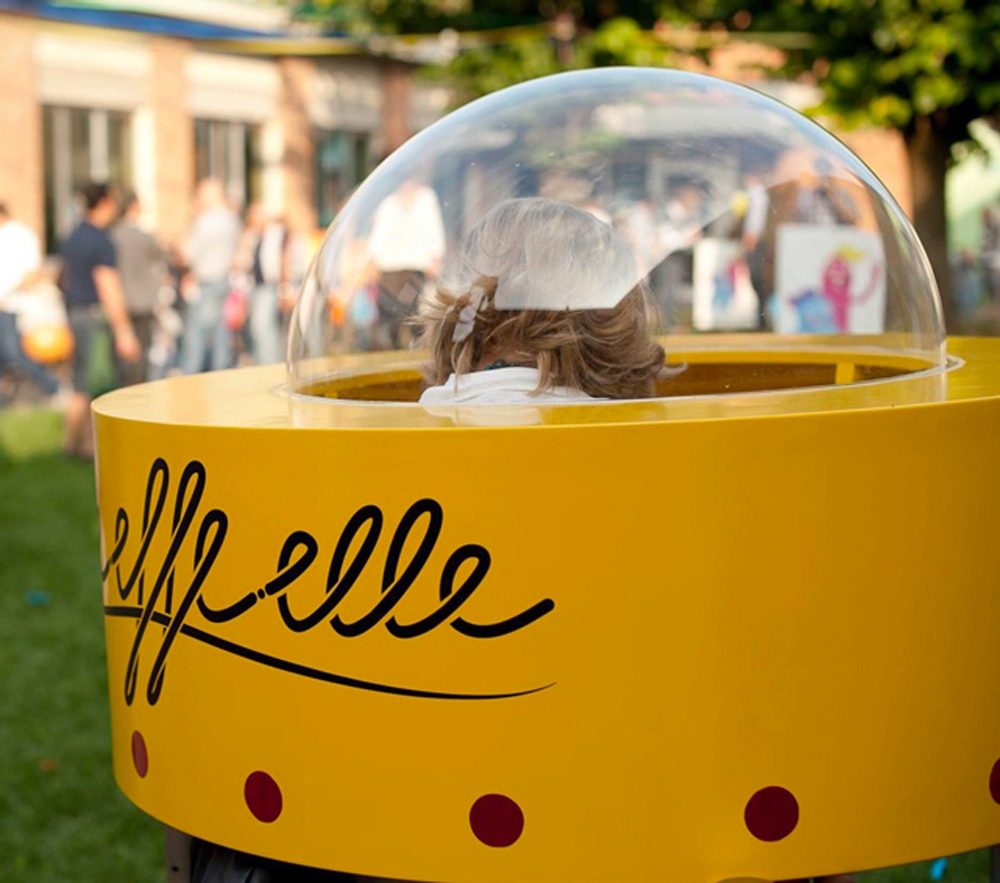 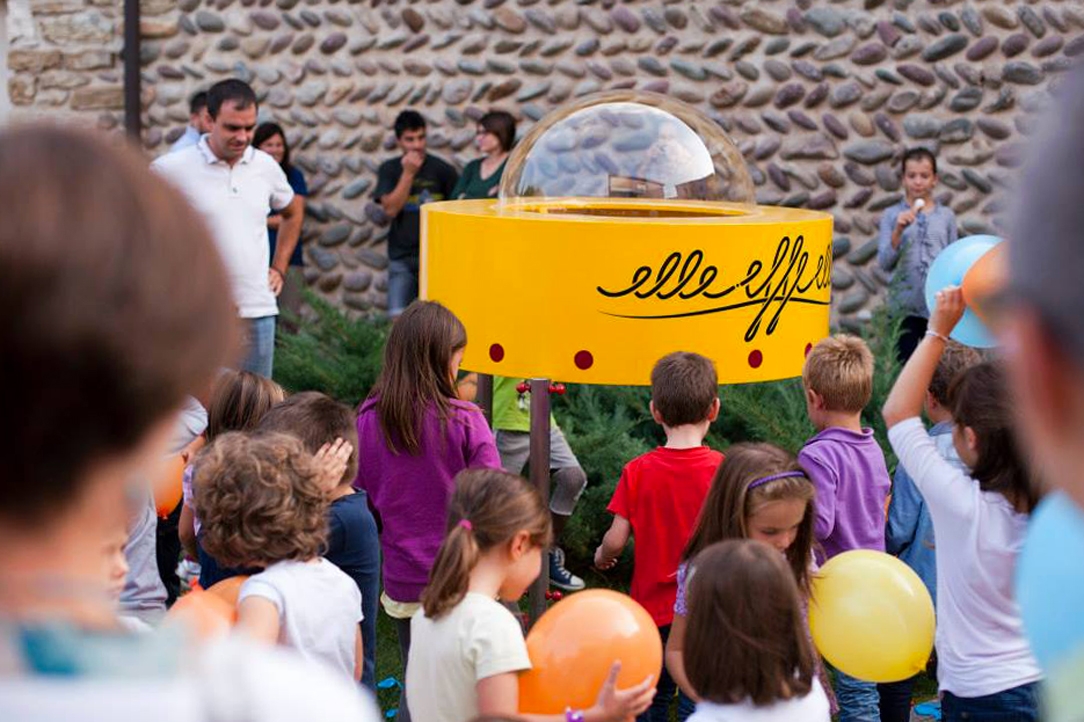 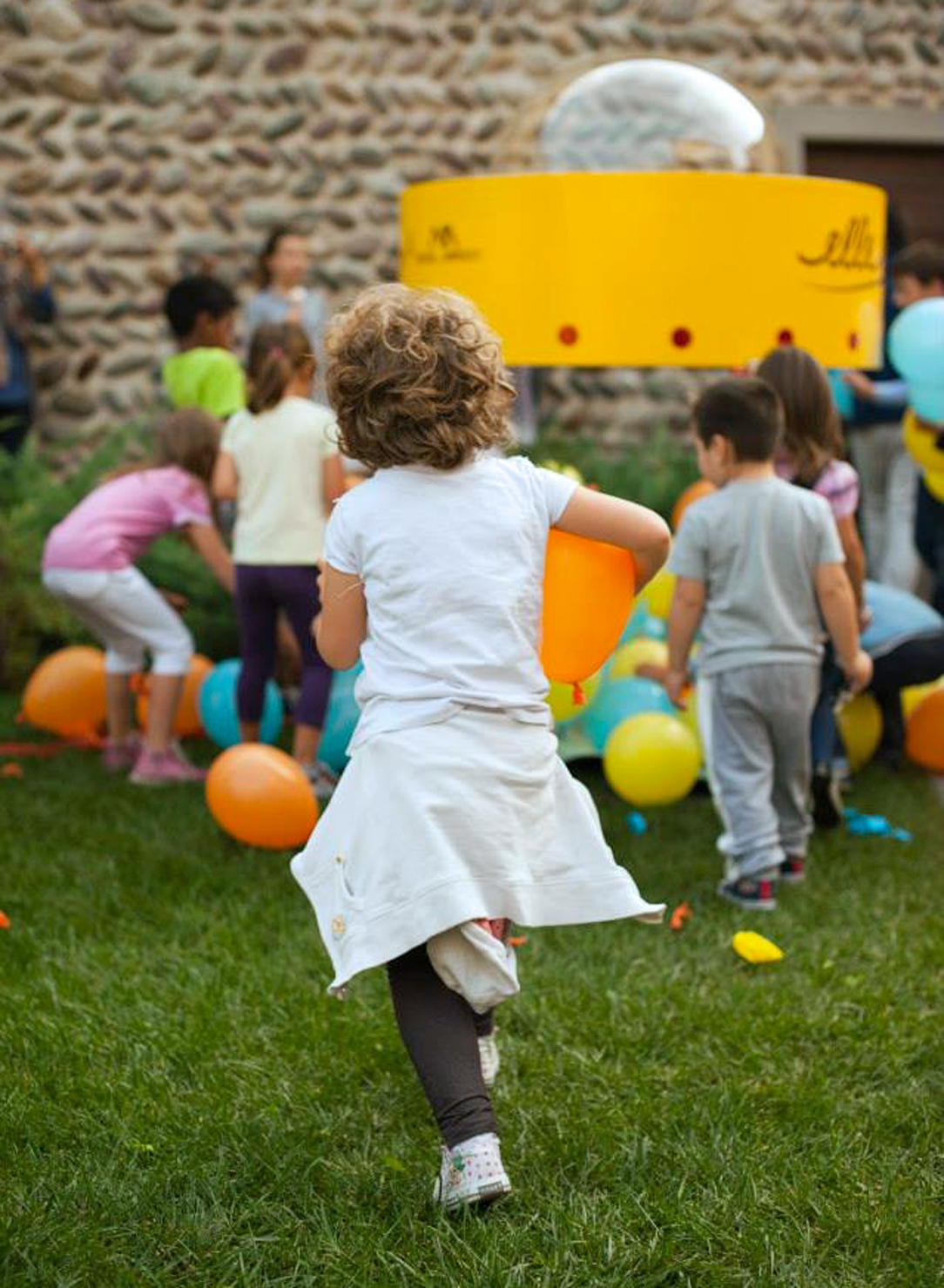 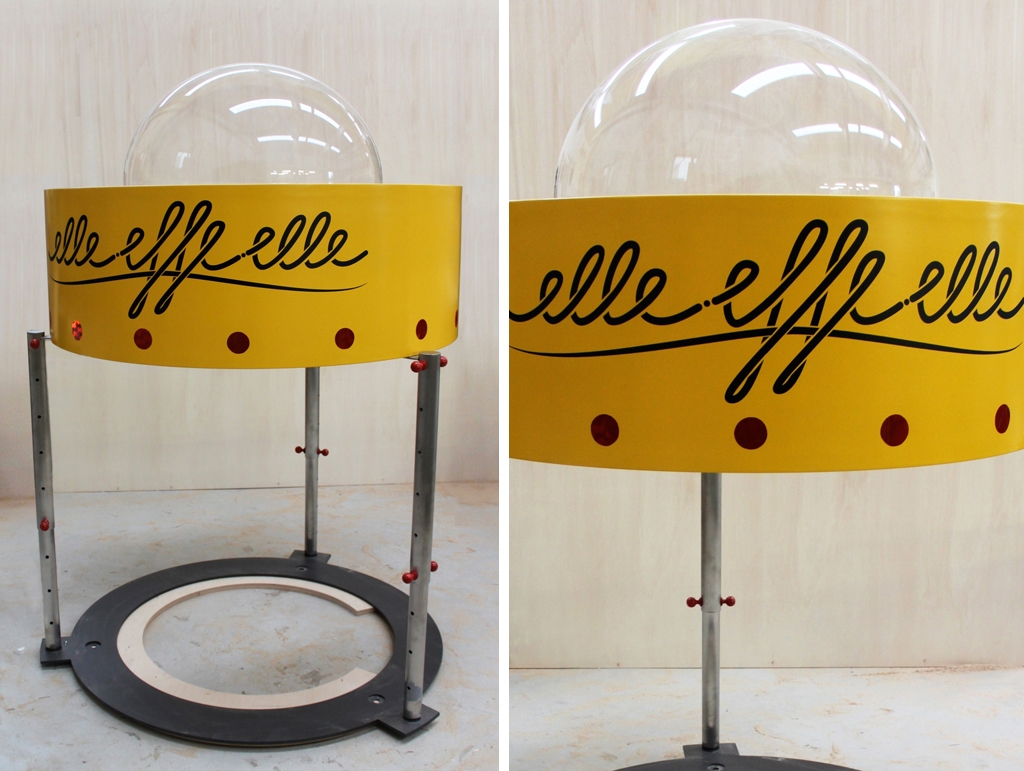 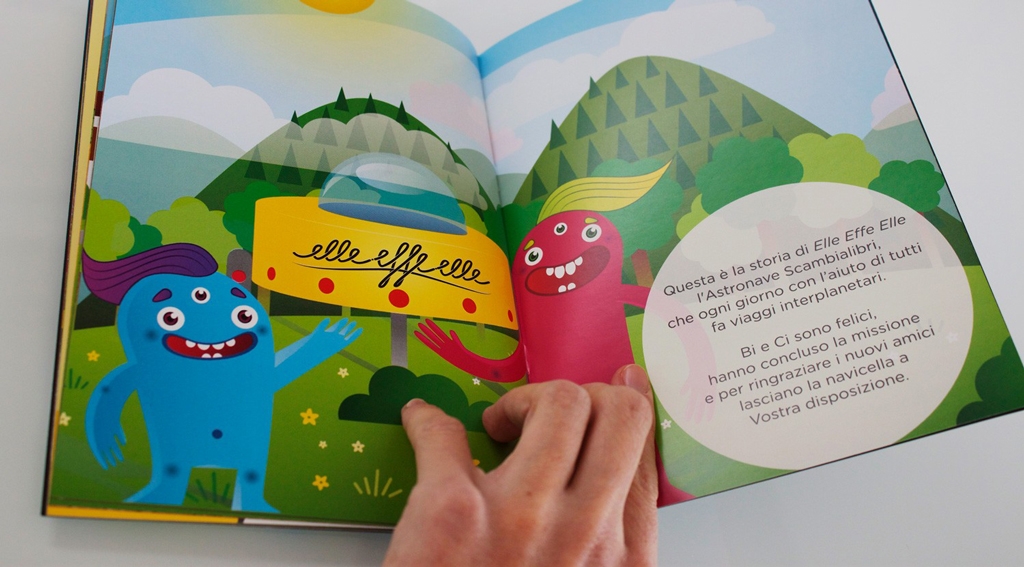 Elle Effe Elle is the LFL project: “Little Free Library, take a book, leave a book!” which aims to encourage children to read more often and more willingly. A project that stems from a need, the one of  Villa di Serio’s Preschool, which involved Traiettorie Instabili, a very active cultural association within the community and Officina Idee studio for the design part. The aim was to make the object attractive to the target, for this reason the two architects Giovanni and Paolo dedicated themselves mainly to selecting that element of childhood fantasy that could be closest to them and they established that a small spaceship could be the winning solution. And so Elle Effe Elle was born, it is consisting of a central cylindrical part that contains the shaped shelf on which the books are placed and in support of the telescopic steel legs. The circular shape minimizes the presence of edges and being forced to slip under the shell to grasp its contents, increases the curiosity of the little ones. The spaceship is equipped with a transparent cover which, in addition to bringing natural light inside the passenger compartment, makes those who enter and look up towards the sky feel just as if they were in a real spaceship. Elle Effe Elle is also a rhyming book for children, conceived and created by Alice Tebaldi, which tells the story of two nice aliens, Bi and Ci and at the same time explains in a simple and fun way what is the purpose of the spaceship and how to use it. Modulor took care of the realization of all that was the wooden and metal furniture part of the steel telescopic legs.