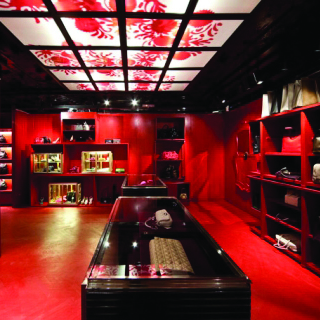 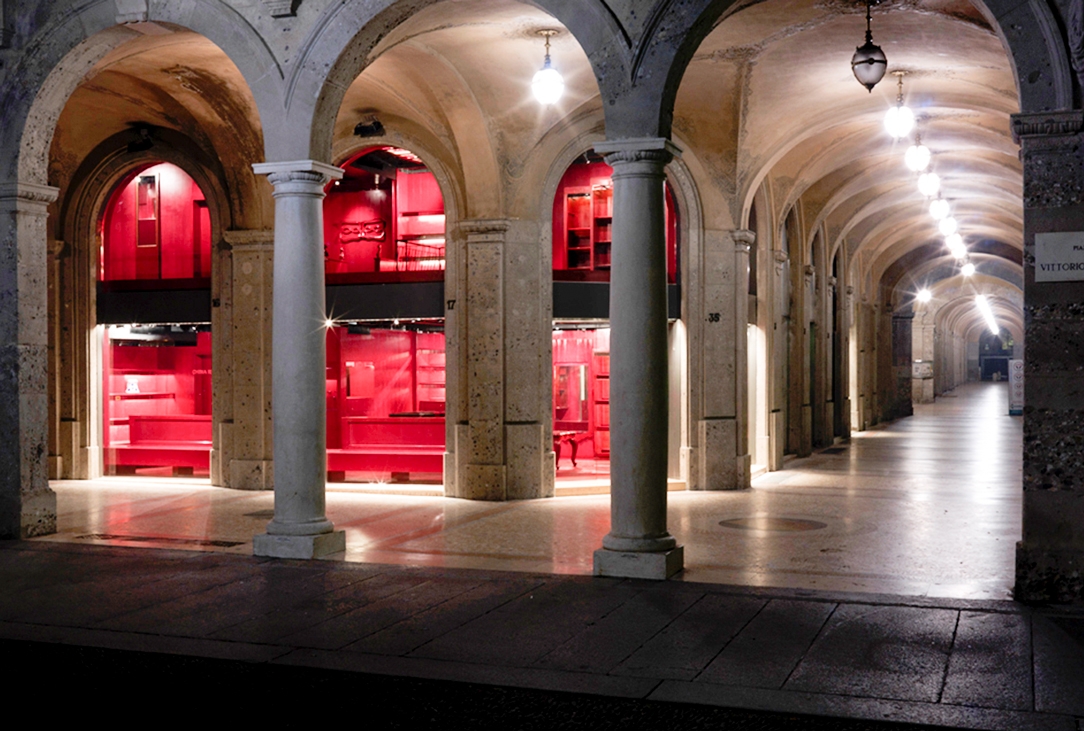 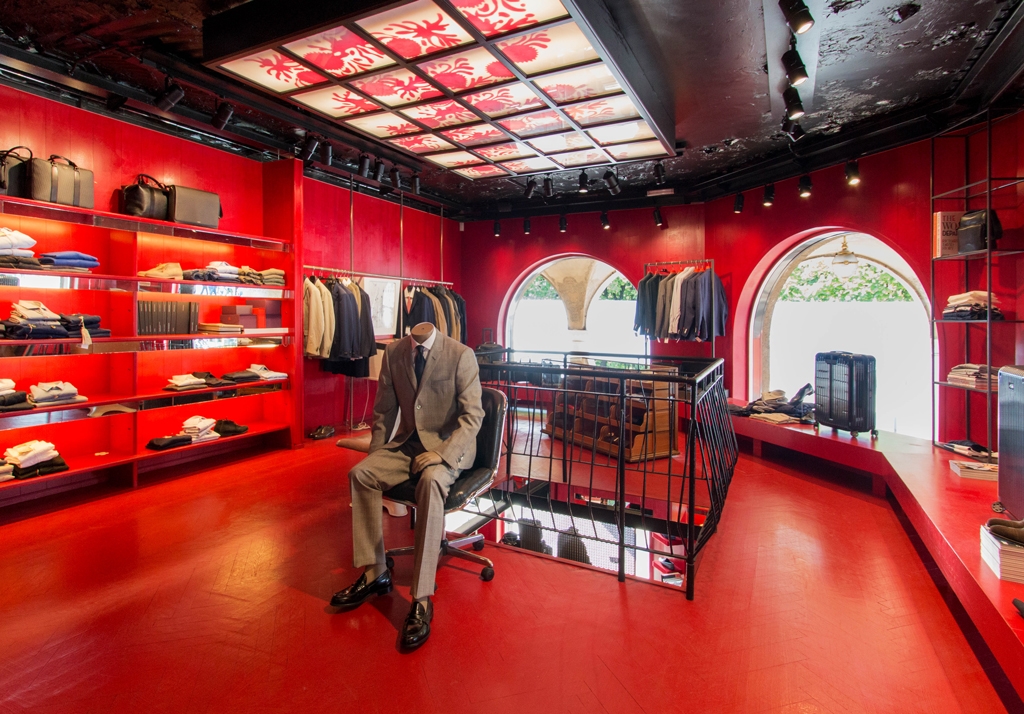 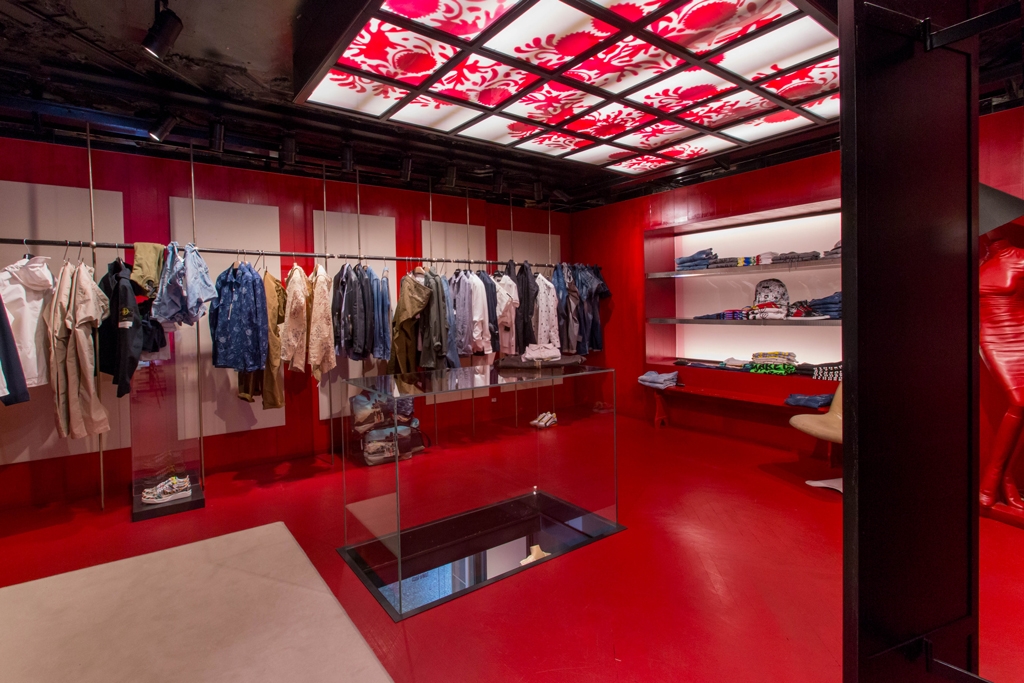 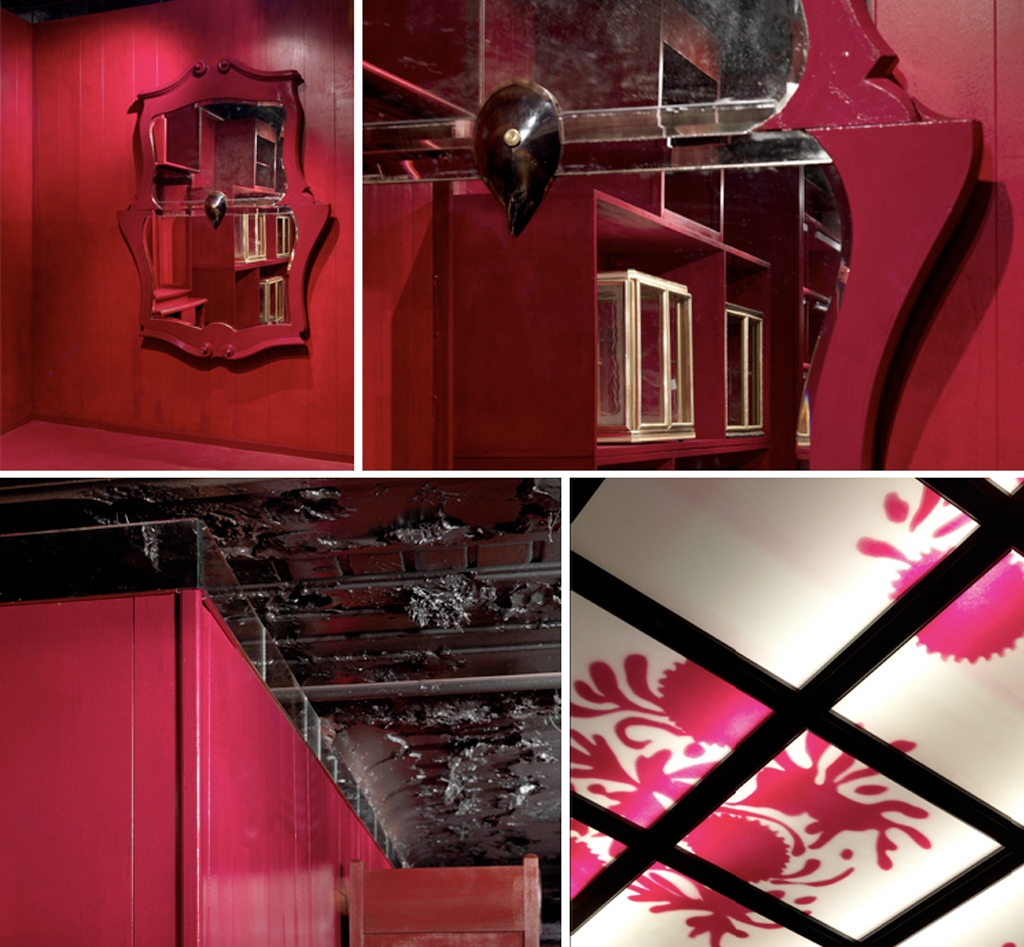 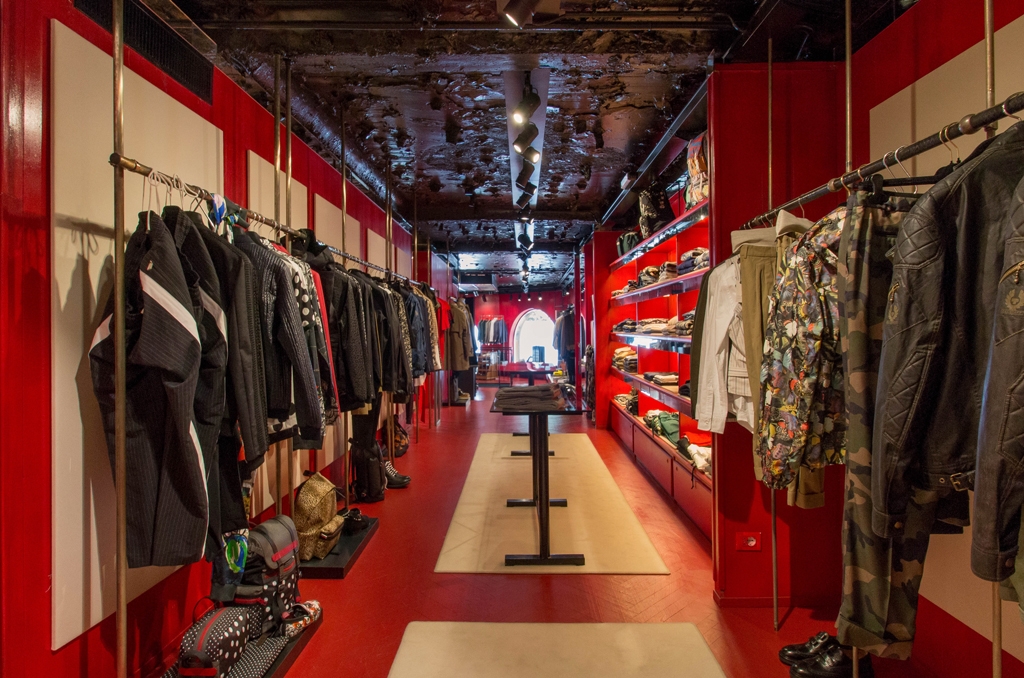 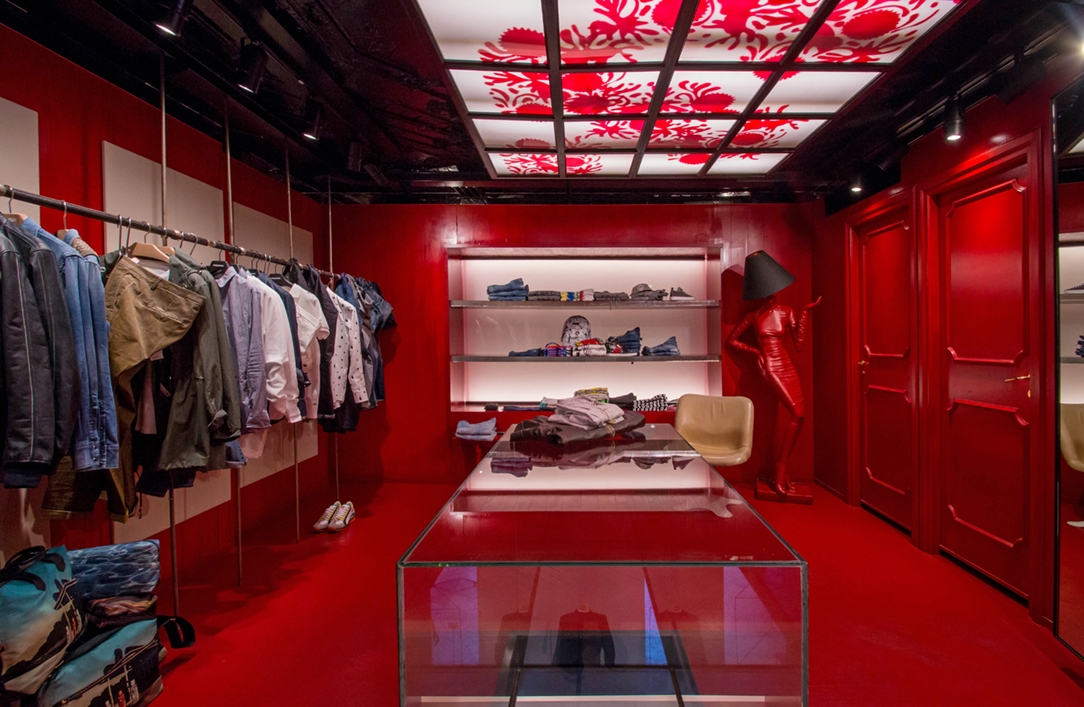 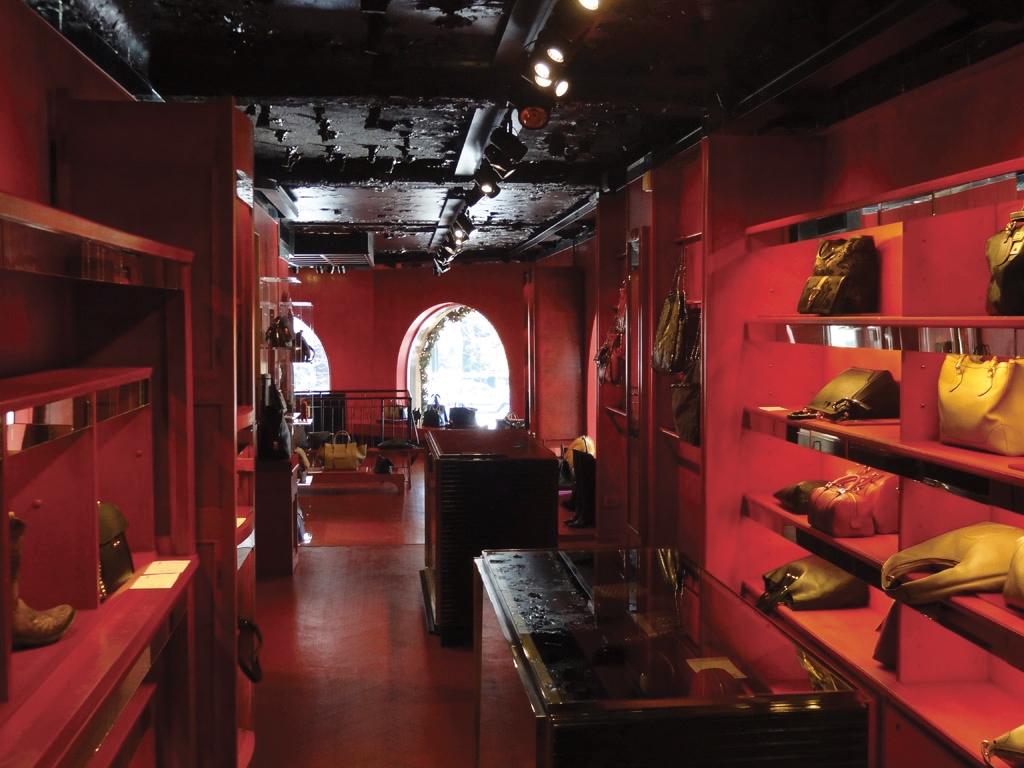 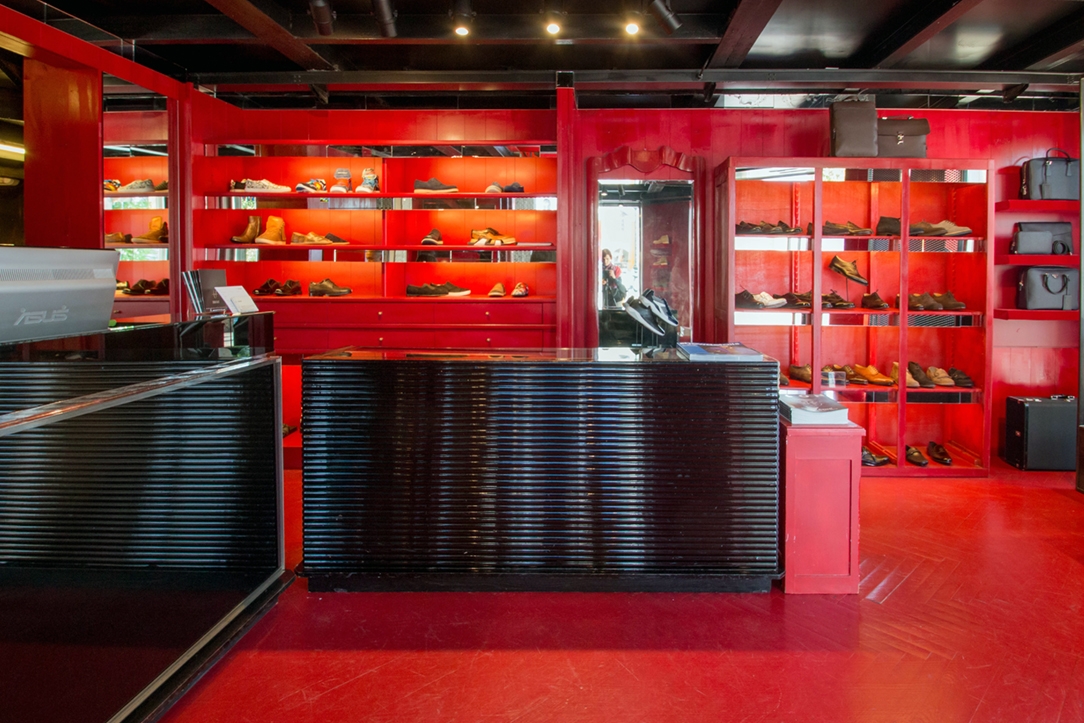 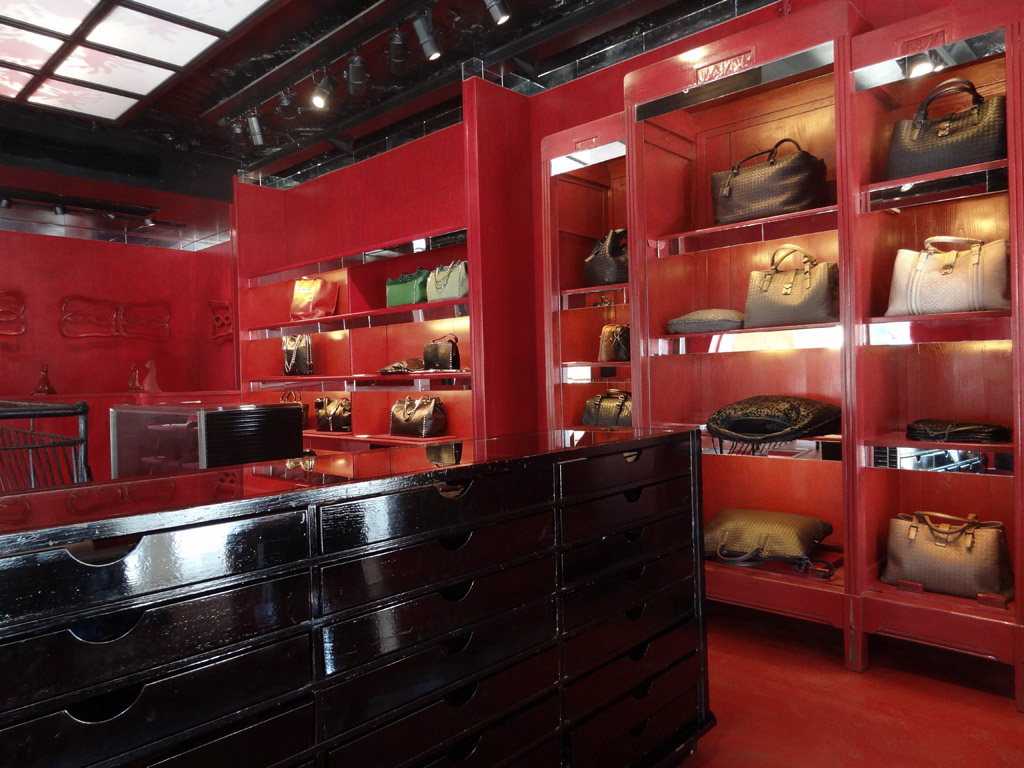 The spaces of Tiziana Fausti’s boutique are transformed into a real art gallery with the installation China Red by the artist Flavio Favelli. Real-life places dyed red in a contamination between ancient and modern, exotic and western.

Fashion spaces and art environments contaminate each other, making its dividing boundary faint. Between red floors and walls and black ceilings with an almost wear effect, the set-up, at the limit with the definition of an artwork, by the artist Flavio Favelli takes note. A meeting between the eastern world, in whose culture red is a fundamental colour and a symbol of good luck, and the western one with its recycled objects and contemporary contaminations. Accessing the spaces of the boutique means entering into art, achieving both physical and emotional involvement in order to stimulate creativity. An almost surreal environment, where attention focuses on recovered objects such as mirrors, a vetch railing, wardrobes and bookcases.

Recycled and manipulated objects, which are dyed red and inserted in a new context, creating timeless connections. Different styles and times, which materialize and take on meaning only in this particular context. Certainly, a direct connection with the oriental world are the ceiling lights decorated with a motif taken from the old Fabbri Amarena vases dyed red like the surfaces of shelves and objects. A glossy varnish that refers to oriental lacquers and invades the whole floor. The ceiling, on the other hand, has irregularities, also incorporated in a single black-coloured surface. Here the shop becomes an almost emotional environment, in which participation becomes a fundamental element.

Following this recycling and handling process meant seeing the objects in another perspective. Not a simple painting but a conception of furniture as an artwork, a detail of a fundamental overall vision. The creation of customed furnishings, such as brass display elements, takes on a new meaning, in which the contamination between different styles and epochs becomes the only constant.

The spaces of Tiziana Fausti’s boutique are transformed into a real art gallery with the installation China Red by the artist Flavio Favelli. Real-life places dyed red in a contamination between ancient and modern, exotic and western.